In March 4, 2011, two Sikh grandfathers in turbans – Surinder Singh, 65, and Gurmej Atwal, 78 – were killed on their Friday afternoon walk by a semi-automatic weapon fired from a pickup truck, police said.

On June 5, 2011, a gay man was punched in the face at the Strikes Family Entertainment Center, an Elk Grove bowling alley, by a man yelling anti-gay slurs. The suspect, Joel Baltazar Olivarez, pleaded guilty to felony battery with a hate crime enhancement.

He wore a bright blue turban – a symbol of spirituality, integrity and commitment to self-control, compassion, honesty, contentment and belief in the Almighty – articles of Sikh faith dating back to 1469.

Singh, a 10-year resident of Elk Grove, said the slayings of the two Sikh elders didn't drive away any of the city's roughly 2,000 Sikhs.

"I knew it was a random act that could happen anywhere; the way the community got together made me want to stay here and support it," Singh said.

"My girlfriend's grandfather was one of the victims," Bhatal said. "Why should I be afraid? We didn't do anything. Why judge us for somebody else's action?"

Her friend Jaskamal Kaur, 16, added, "We love the town. Because two people got killed, we need to spread the knowledge."

The Sikh tradition of defending the underdog was brought to life by Gatka Martial Arts, Sikhs dancing with kirpans, swords known as bestowers of mercy.

The Gatka dates back to the 17th and 18th centuries, when the Sikh faith was evolving in a time of social and political turmoil in north India, explained Dr. Gurtej Singh Cheema, the keynote speaker.

"People were being enslaved, and in order to seek justice and equality Sikh warriors would use their kirpans to subdue the oppressors and protect the weak," Cheema explained, noting Sikhs have long fought for freedom and justice. "In World Wars I and II, more than 83,000 Sikh soldiers died alongside Allied forces."

The young Sikh performers were captivated in turn by the Kalpulli Tonalteotl Azteca dancers with their plumed head gear and masks.

Patti Cobb, the "group mom" for about 35 young performers from Folklorico Calli Dance Academy of Sacramento, said all kids appreciate the different ethnic traditions that came to life Saturday. "You can't learn this in school," she said. "You have to see it, have to breathe it."

Or eat it – kabobs, tamales, Guamanian lumpia, curries, basmati rice, burgers, Hawaiian shave ice and Italian ices were all being consumed under the heritage oaks and coastal redwoods.

Long Tran, 45, was happy to be back in Elk Grove after eight years in Arizona. "They look at you differently, they profile you," said Tran, a Vietnamese refugee. "Here, we feel like we belong."
Elk Grovians include 40,261 Asian Americans, 27,600 Latinos, 17,172 African Americans and 12,101 who identify as mixed race.

"It doesn't seem like any group dominates," said Nancy Chaires, a Mexican American who's on the city's Planning Commission. "This is a healing event for the city."

Mayor Jim Cooper, an African American, marveled as little kids danced and giggled. "The thing I love about this is the children of Elk Grove don't know about ethnicity and races, they know their playmates as friends. This is teaching us to sing and have fun together as a family, share our similarities and put aside our differences."

The reward in the killings of the two Sikh men has climbed to $57,301.
Police are looking for a full-size gold or tan raised pickup truck with big tires, big wheels or suspension alterations significantly higher than a factory pickup.

Updates to classes and events! 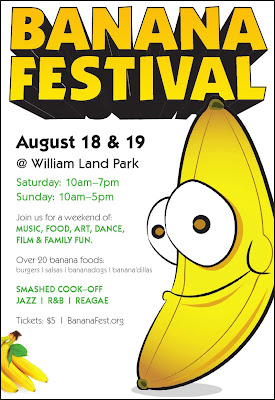 Fenix is my village.

a company specializing in dance and drumming from West Africa, the Congo and the Caribbean. Our high energy multi-generational, multi-ethnic group highlights the richness and complexity of dance and music of the African Diaspora. Our dance and drum journey begins in Africa then travels across the ocean to to the Caribbean and the Americas.